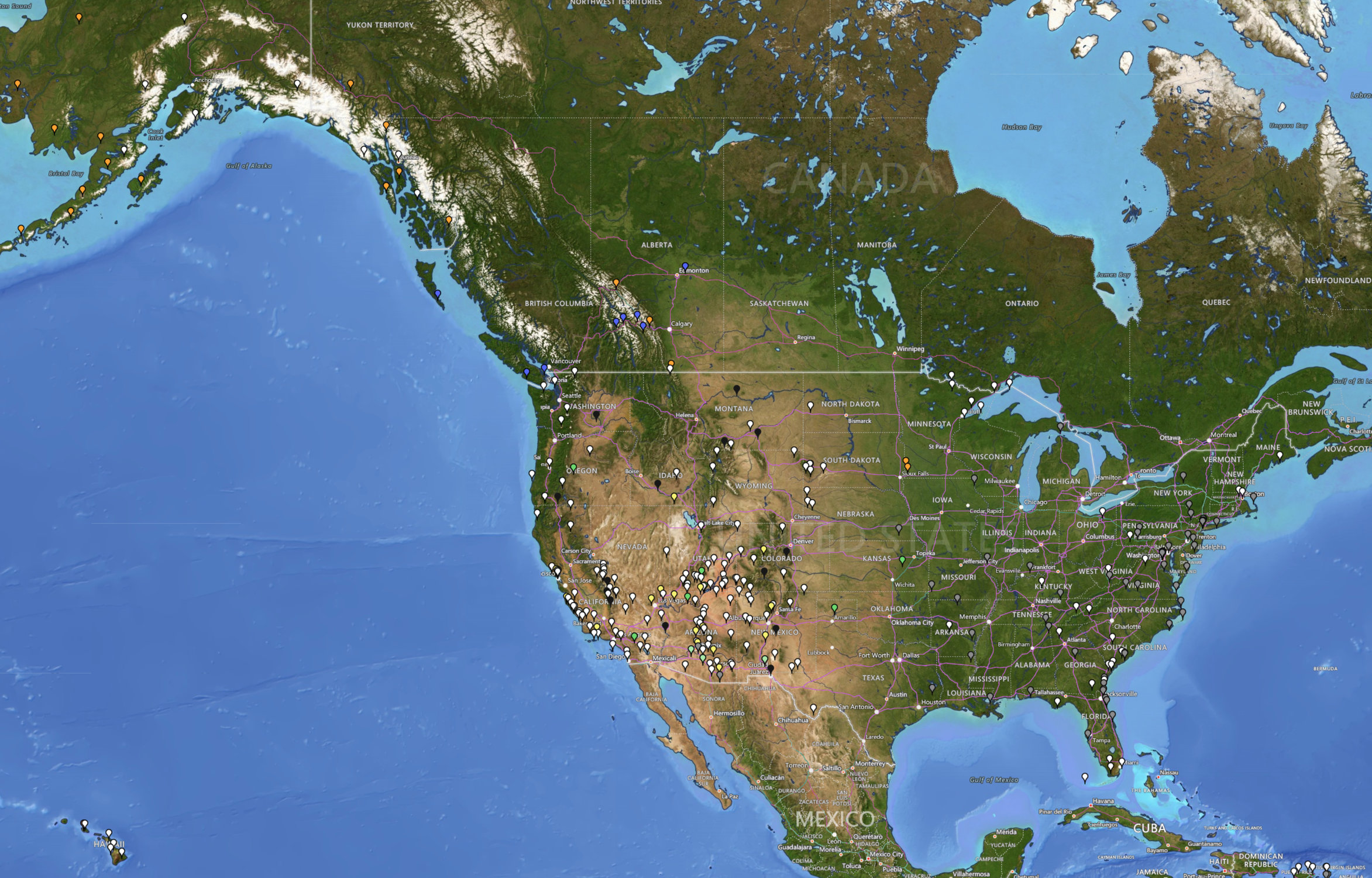 Welcome to Updike Stories of Adventure, where you can follow Jared and Royal's journey to see all of the National Parks in the United States of America and its territories, and other scenic places in America, a journey that started in 2007.

Current Count: 58 of 63 US National Parks

Plus we have seen: dozens out of hundreds of National Monuments (in the National Parks System).

This project began when I threw together this map (see above image for overview) which I built from a spreadsheet, pasted from the lists of National Parks and National Monuments on Wikipedia. The current map shows all the places we have been in white, and other places we may get to some day in other colors.

For a photo gallery with some of the best of our photographs, see Wild Faces, Scenic Places. For Jared Updike's blog, see Jareditorial. For more projects see updike.org.